What causes the concrete pump truck to block pipe burst

It is also common that concrete pump trucks have problems with squib and pipe plugging while pumping. Because this problem is also determined by the nature of the trades and the machine itself, there is nothing to it until now. The methods and methods can completely ensure that the concrete pump truck can not cause explosion and blockage when pumping. It can only be said that it is possible to avoid the occurrence of this situation during pumping. Which is the easiest cause for the concrete pump truck burst pipe and plug the situation? Â 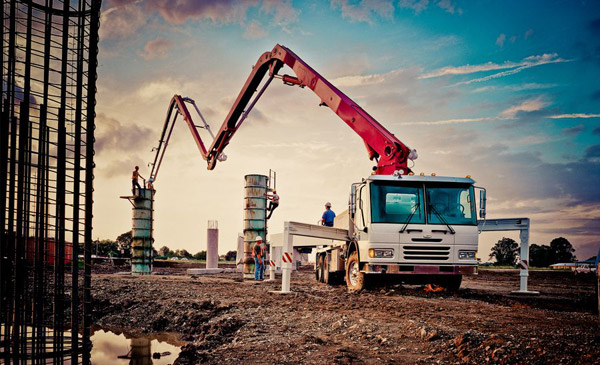 1, due to the foreign material and other foreign materials caused by the blockage of the tube. In fact, this situation is also common, the most common is the foreign material because of the mixing of the blades, because sometimes the tanker transported if the number of times the delivery of concrete, it will cause the leaves in the inside there is a break Or it is more serious wear. If the volume of the blade that was just broken at this time is not particularly large, it can just pass through the hopper's metal filter and enter the hopper in the concrete pump truck . At this time, it will get stuck in the transfer cylinder and the manifold. If it is jammed, it will inevitably result in a blocked pipe, and it is also difficult to check the cause of the fault. If the vanes are stuck in the first section of the arm pipe, then the position of the blocked pipe may not be in the first section of the arm because the pressure in the first section of the arm is very large. It is possible that concrete will use the high pressure condition of this exit location and will continue to flow downwards and will eventually stop in the fourth and third section of the arm pipe causing a blockage, but in the fourth and third quarter of the maintenance staff. When the arm tube is disassembled, it will be found that the internal conditions are normal, but it will not be long after the installation has become blocked again. Therefore, when such a situation of blockage occurs, the first thing to consider is that there is a foreign object stuck in a certain part of the front, and it is necessary to remove the parts one by one from the degree of difficulty of the removal. Check it out. Â

2. The use of high-grade cement will make it easier to cause explosions and blockages. The use of high-grade cement is more likely to result in blockage, because concrete pump trucks will gradually experience segregation and initial condensing after transporting concrete for a certain period of time. If this happens at this critical point, Pumping, then there is a clear blockage of the situation, the most serious will even cause the entire concrete pump truck plugging the situation, as long as there is a full line of blocking the situation, then you need a large degree of demolition Equipment maintenance.